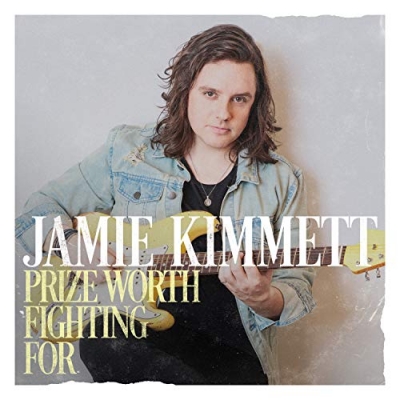 Get 'Prize Worth Fighting For'

Provident Label Group/Sony Music is excited to announce the debut project from Scottish singer and songwriter Jamie Kimmett. Available now, the six-song EP, titled Prize Worth Fighting For, officially released last Friday and can be found at all retailers.

Already a staple at radio with his first top 10 radio single, "Prize Worth Fighting For," Kimmett is also making a name for himself on the road. He has already shared the stage with such artists as Zach Williams and for King & Country, and he is now on tour with...
Read More Provident Label Group/Sony Music is excited to announce the debut project from Scottish singer and songwriter Jamie Kimmett. Available now, the six-song EP, titled Prize Worth Fighting For, officially released last Friday and can be found at all retailers.

Already a staple at radio with his first top 10 radio single, "Prize Worth Fighting For," Kimmett is also making a name for himself on the road. He has already shared the stage with such artists as Zach Williams and for King & Country, and he is now on tour with Casting Crowns, which just kicked off in El Paso, Texas last night and will run through the fall.

Hailing from the working-class town of Kilmarnock, Scotland, Jamie Kimmett was set to pursue a professional career in soccer, but music took precedence. A self-taught guitar player at 16, he began writing his own songs influenced by Michael Jackson and John Mayer.

Kimmett entered and won his town's "Pop Idol" contest (a precursor to “American Idol” in the U.S.), inspiring him to pursue music full-time. After graduating from Napier Music School in Edinburgh, Scotland, he posted a few demo tracks online and was immediately contacted by a manager in Los Angeles who brought him to the States.

“God was bringing all these people to talk to me one after the other," he explains. "It got to the point where I’d be in line at Starbucks and someone would ask, ‘Do you know Jesus?' I'd say, 'No thank you, I'm just here for the hot chocolate." God's pursuit of Kimmett was apparent.

Despite many invitations to church, Kimmett distanced himself from anything relating to faith - even choosing to go to the gym one day instead. When he got there he opened up a locker and saw a book that said, "Jesus is the Way, the Truth, and the Life." "It was like I was on the Truman Show," he shares. "It was at this moment I made a promise to God, saying, 'If you are real God, the next church invitation I get, I'll go." Just a few days later Kimmett received an invite, so he attended his friend's church where he heard a sermon from Genesis 3 about the first sin and the fall of man. "I realized then the Bible wasn't just a story,” he shares. “It explained why the world is the way it is, why even though there were good things happening in my life, there was still an emptiness, a brokenness that wouldn’t go away.” The pastor explained that emptiness comes from being separated from God by sin. “It’s the first time I understood sin wasn’t just a religious concept, it was a reality in my own heart.” The truth of the Gospel, that Jesus died on the Cross for him, became the most beautiful and important hope in Kimmett's life.

Just one week later, Kimmett was offered a major record deal. Although it was what he'd always wanted, he didn't have peace about it and ultimately turned the deal down in obedience to God. He began sharing the Gospel with anyone who would listen.

He then moved to London to attend Bible College (Cornhill Training School) and worked as a pastoral assistant. Kimmett also busked on the streets right across from Big Ben in order to pay his rent. He performed all the latest pop hits until he'd make enough money, then he'd take the last hour to sing worship songs and share the Gospel. However, one day God told him, "Seek first the kingdom of God," from Matthew 6:33. Within three hours, he had three times the usual daily amount in his guitar case. Kimmett knew this was God's way of saying, "Put Me first, and I will provide. It wasn’t about the money, but about the Lord’s promise to take care of me." Honoring God is all Kimmett wanted to do, and in that moment he knew his music and faith had to be together.

He found his way to Nashville, eventually meeting with Provident Label Group/Sony Music who offered him a publishing and record deal. Yet, Kimmett is very clear that success isn’t the end of the story. “When music was my identity, I was only as good as the next song I wrote or the next performance,” he explains. “Finding a relationship with Christ has been the most fulfilling thing in my life.”

Now with his new six-song EP, which includes the hit single "Prize Worth Fighting For," which shares the encouraging message that there’s hope beyond this world and Jesus Christ is the prize worth fighting for, "Burdens," his current radio single accompanied by a new music video, that encourages listeners to lay their burdens down at the feet of Jesus, and "Since I Met You," which sings of his transformation of being a broken man to a man full of hope, Jamie Kimmett's truth-fueled songs and soulful pop vocals are set to carve a new ministry path - combining his gift for songwriting with his passion for sharing the Gospel. 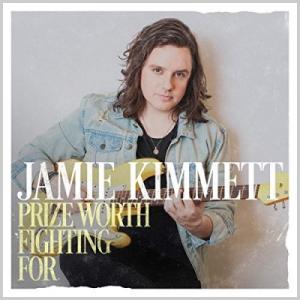