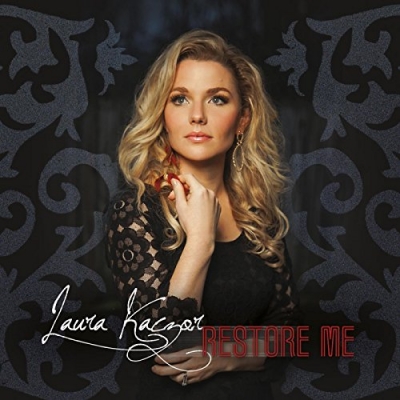 "GREATER was written as a prayer to the Lord asking Him to 'BECOME GREATER' in me. As we surrender our lives to the Lord Jesus Christ, our prayer is the same as John the Baptist in John 3:30, 'He must increase and I must decrease.' 'Jesus, Savior...
Read More 'Greater' is the latest single from Contemporary Christian singer/songwriter, worship leader and speaker Laura Kaczor's fourth album, 'Restore Me'. Kaczor wrote or co-wrote all ten songs on the album, which is produced by Dove Award-winning Producer Ian Eskelin (All-Star United, Francesca Battistelli, Kutless).

"GREATER was written as a prayer to the Lord asking Him to 'BECOME GREATER' in me. As we surrender our lives to the Lord Jesus Christ, our prayer is the same as John the Baptist in John 3:30, 'He must increase and I must decrease.' 'Jesus, Savior become GREATER.' The more our spirits are yielded to Him, He will do what we cannot do ourselves. Jesus will live in us as we surrender every area of our lives. This has been one area at a time for me. That is sanctification. But it is a daily walk to lay down our lives, 'Every dream, I lay it down until your will alone is all that's found. Take my life, take all of me, until more of You is what I seek.'


I also want to reflect on Proverbs 18:21, 'Death and life are in the power of our tongue'. 'When I speak, be in EVERY word and may my life reveal you to the world. Let your praise be always on my lips, Jesus Savior become GREATER.' This is not just on Sunday, it is every day and in every word, and yes, even on social media and in the hidden times when we speak to people. We can speak life or death by our words. Our only hope is, 'Christ in me, the hope of glory.' Col. 1:27. Only when people see Him in us will they listen to our words about Him. May we all be convicted that the world is watching and that our witness depends upon our daily acts of love and kindness and serving others and every word that we speak."

The album is deeply personal to Kaczor, birthed in trials, fears and struggles, but full of hope, faith and trust found in the unfailing, unconditional love of a Savior that restores us. 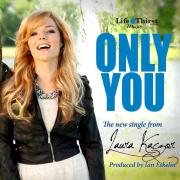 Laura Kaczor, a Contemporary Christian singer, songwriter, worship leader, and speaker from Nashville, TN, originally from PA, has released her new single 'Only You', produced by Ian Eskelin. Laura released her fourth album… 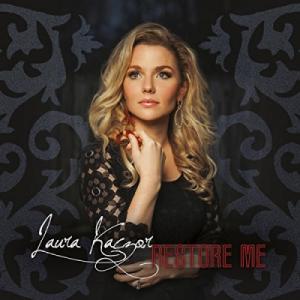