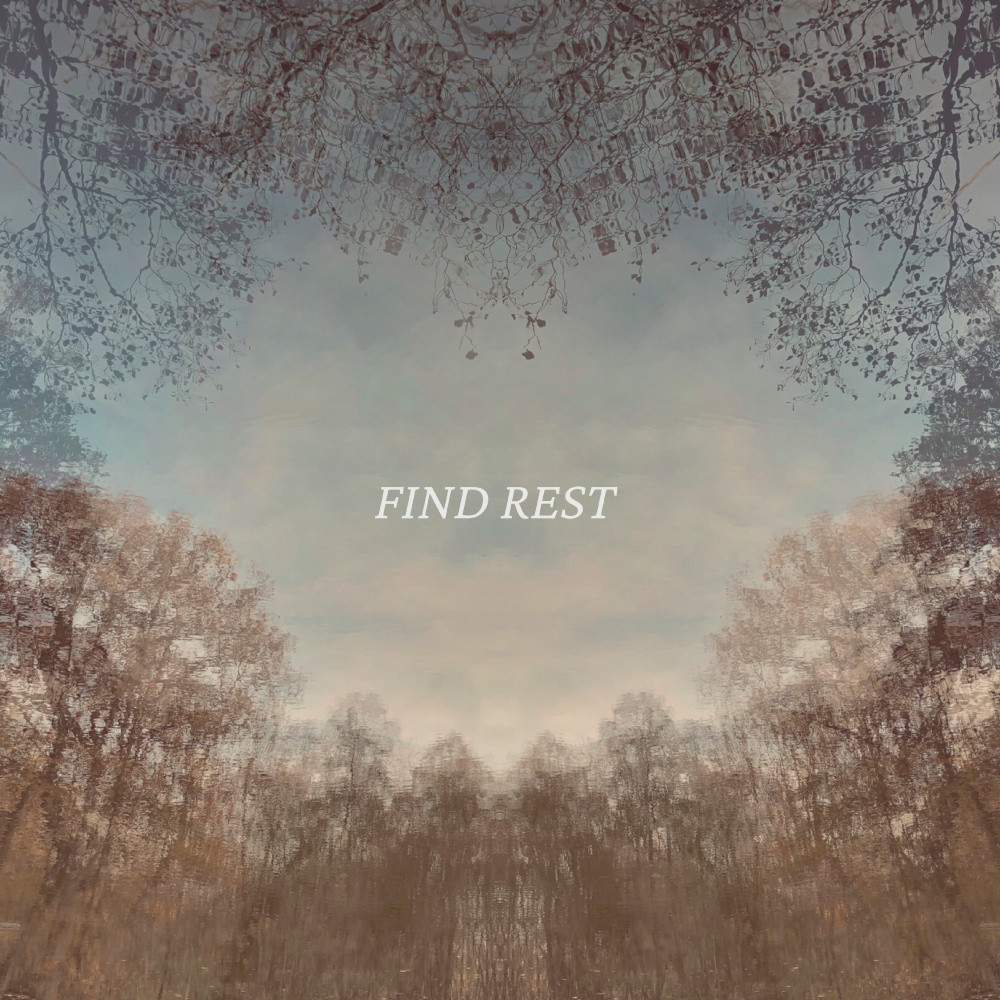 Rich & Lydia Dicas, from King's Cross Church (KXC) in central London, recently released their debut worship EP 'Make Us One', consisting of songs they've written together over 6 years of marriage. LTTM caught up with the duo to find out more.

We believe that the Kingdom of God belongs to the poor, the grieving and the outcast. Make Us One is a recognition that the kind...
Read More Rich & Lydia Dicas, from King's Cross Church (KXC) in central London, recently released their debut worship EP 'Make Us One', consisting of songs they've written together over 6 years of marriage. LTTM caught up with the duo to find out more.

We believe that the Kingdom of God belongs to the poor, the grieving and the outcast. Make Us One is a recognition that the kind of unity that Jesus prayed for involves the full embrace of those that are worshipping from the darkest and most desperate places on earth. As worshippers we boldly sing hope into those situations - we sing that ‘in the middle of the darkness, the light of the world has come and he will make all things new’.

The record is made up from songs that have all been born out of 6 years of marriage and leading worship together as a couple. Aside from drums and vocals it was all recorded at home and has very much been a labour of love. We were able to release it thanks to backers on Kickstarter who invested in making this dream of ours a reality.

We love all of the songs on the record as they’ve all been born in spontaneous moments of worship and rooted in our personal experiences. Our favourite song is With Me (David’s Song) - it’s one of the most vulnerable songs we’ve written and it’s one we can really sing out with our whole being. In December 2015 we lost Lydia’s brother David in a car accident. Two months later in a time of worship Lydia felt to sing out ‘I will dance in the land of the living’ through the tears of disappointment and grief. That phrase was the seed for the rest of this song and has become an anthem in our lives ever since.

Our hope with all of our songs is that we would give people hope and a song to sing in the middle of pain and suffering. The message of With Me is not just that God makes everything OK but that he is with us and close to us in the midst of the pain.

Jason Upton is one of our favourite artists and people on the planet. He’s a man with such a rich depth of knowledge, a poetic voice and a pastor’s heart. I imagine the best thing about writing together would be simply hanging out and listening to him tell stories. We’ve worn out our copy of his latest album Table Full of Strangers Vol.1 - it is absolutely stunning from start to finish.

How was it to work together on a record as a married couple?

(Rich) & (Lydia) - It’s so great to hold in our hands something we’ve created together as a couple. When we lead worship it’s always amazing how our giftings compliment each other and we both lead best alongside each other. For us, the key component of the EP is the songs that we’ve written and crafted in the context of leading worship together over the years. I guess the biggest challenge with self-producing the record at home was that everything needed to be done in the evenings after getting home from work and putting the kids to bed. There are the nights we'll need to do some more songwriting or recording, that can be hard when you have no energy left and the washing up still needs doing! Working together definitely involves pushing through these barriers and not giving up, which now looking back on, was so worth it!

Songwriting is a really vulnerable thing to do with someone else - you have to feel really safe with each other, otherwise you just want to run away from it. In that sense it helps that we have such a deep level of trust in each other as spouses to be able to share that vulnerability. We do have different rhythms when it comes to writing - what's quite funny is that after an hour or so I (Lydia) can be super duper bored while Rich has just started to warm up. So sometimes what we do is that Rich starts, and I come in after an hour or so, that really works better for us and we end up getting more done.

We both love leading worship more than almost anything in the world as we always step into more freedom and find immense joy in seeing others do the same. Working in the studio is always inspiring and invigorating but inevitably often more focused on the music. The end goal of the studio is that people would be able to engage with God through the recordings but in a ‘live’ worship setting that purpose is much more tangible. We always love to step out into singing spontaneously and there’s much more scope to do that whilst leading worship as opposed to during the 9th take of a song in the studio.

I would describe our sound as ‘ballsy, hope-filled, honest, sing-your-guts-out worship anthems’.

I listen to a huge range of music from the cheesiest Country-Pop to Hip-Hop, Soul and Grunge. That said, my first love has always been guitar-driven music, particularly from the 90s and 00s (Smashing Pumpkins, Radiohead, Ryan Adams, The National etc.). Delirious definitely had a huge influence on me growing up - they carried a gift for writing songs that were hugely singable but also musically interesting and eclectic (Stu G is largely to blame for me first picking up the guitar)

Success for us is honesty and family. We always want to be writing and leading people in worship out of our own genuine walk with God and to do it in a way that creates an environment that brings out the best in everyone around us.

We write both to express something of our own hearts but also to give people a language to connect with God through. We live to see people set free, living fully and giving their all in worship. If our songs or something of our hearts can help people step into freedom and hope, to us that is success.

(Rich) - Grace by Jeff Buckley. I first listened to this as a teenager and it keeps on giving new inspiration even now. The way he played the guitar, the genre-blending, the stunning beauty, the fierce aggression, that unbelievable voice. It’s a masterpiece.

My favourite live worship album is probably still Soul Survivor 1996 - I just love the way that album authentically represents the sound of God’s people encountering him. It’s as wonderfully pure-hearted as it is musically naff and all the better for it.

(Lydia) - Drunkard's Prayer - Over the Rhine: This is the album we fell in love with each other listening to. It has been the album that has made me feel at home in all of the 7 homes we’ve lived in over the last 6 years of marriage. The music is simple and stunning, the songwriting is incredible. We also love that it is a husband and wife team and you hear that intimacy in the sound of the music. On our wedding day I walked down the aisle to the opening track ‘I Want You To Be My Love'

My favourite worship album is Captured by Alberto and Kimberly Riviera. It's an album I've listened to over and over again for the last 13 years and I have received so much love of the Father though that album. Deep, deep healing in hours of soaking up the Father's love. If you've never heard this album, I would recommend you take an hour to lie on the sofa, close your eyes, listen to it and drink in the life it gives.

(Rich) - 'Never Giving Up' by Jonathan Helser. I feel like I get saved every time I hear this epic 15 minute recording of a man coming face to face with the reality of God’s faithfulness. I don’t think I’ve ever heard a track that captures worship in the studio so purely and passionately.

What does the next year hold for Rich & Lydia Dicas?

Our home is full of life, laughter and mess as we have the joy of raising River (3) and David Joshua (9 months). Over the next year we’ll be continuing to write new songs, create new music and lead worship in various settings. We’re also excited to be working with KXC Worship on putting together songs for the next record due out in 2018.

I'll also be working on producing new music and playing guitar with fellow worship leaders Lucy Grimble and Danny O’Callaghan. Big Church Live are putting on some really great tours that I’m excited to be a part of - in October I’m going to be playing guitar for some dates with Housefires - in November I’m playing with Lucy Grimble as a support act for Matt Redman’s tour.

God seems to be breathing new life into worship all across the UK. One of the things we’re most excited to have been a part of over the last 5 years is David’s Tent - a movement of wild, passionate worshippers that is growing every year. 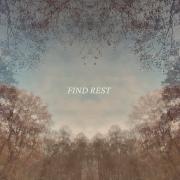 Rich & Lydia Dicas will release their new worship album 'Find Rest' on 19th March, recorded and mixed at their home during lockdown. They describe 'Find Rest' as "a new album of quiet songs for weary souls". "These songs… 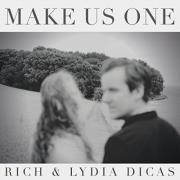 Rich & Lydia Dicas, from King's Cross Church (KXC) in central London, have released their debut worship EP 'Make Us One'. The self-produced record, where everything except for drums and vocals was recorded at their home, consists… 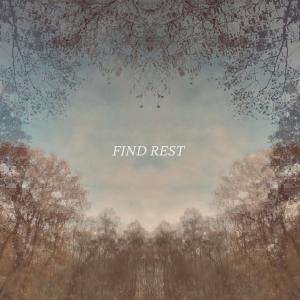 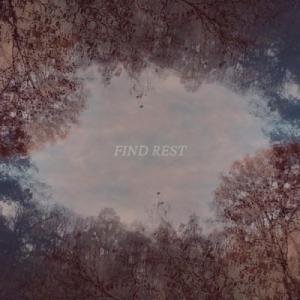 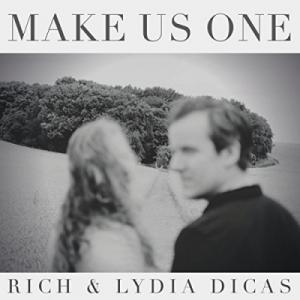