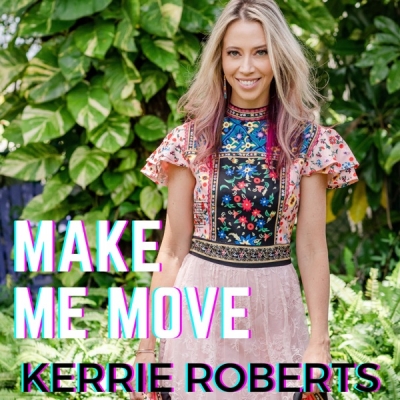 Get 'Make Me Move'

Nationally acclaimed Christian singer Kerrie Roberts is independently releasing her new single, 'Make Me Move,' on August 12. The song is up for presale and is available on Apple Music now.

The song is co-written with Aaron Rice, produced by Ben Noble and Roberts, mixed by Jeff Savage, and mastered by Rain on Me Productions and Save the City Records owner Derek Hoiem. The new single displays Robert’s soulful voice, laced with cascades of gentle pop synth and an easy to listen to rhythm.


Roberts had an early start in music. Raised in church by a father who’s a pastor and mother who’s a choir director, Roberts was being prepared for what was to come from the beginning of her life.

“I believe that only what is done for Christ will last eternally,” Roberts shared with us.

Roberts expressed that her desire for the song is the same for her other songs, which is to spread hope, love and truth.

“God is true, and His grace is everywhere and He is real,” proclaimed Roberts.

She explained that worship for her isn’t about being in front of people, but that it’s simply for God. She expounded that it’s also a way to become more like Him, since He’s what she called the, “ultimate Creator.”

Kerrie is not just a professional singer and artist, she is a homeschool mom of two young girls and resides in Florida with them and her husband. She’s also a certified wellness coach, an avid gardener and cook. Supporters can follow her on Instagram and Facebook, and also become a patron via patron.kerrieroberts.com where she provides various services including wellness videos, recipes, scriptural meditation and more for her supporters. Roberts regularly performs at churches and considers requests case by case.

Many people who’ve worked closely with her will tell you she is a joy to work with and is filled with patience and grace. She has a natural way of putting people at ease and building relationships. A true creator at heart, she doesn’t like to rush and loves a collaborative approach to work. When expounding upon her general approach and beliefs in life, she stated,

“His grace is abundant and as He is always giving it to us, we should always give it to others.”

Be sure not to miss “Make Me Move” by Kerrie Roberts, available for presale on Apple Music now. 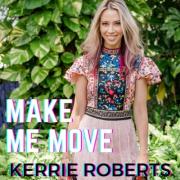 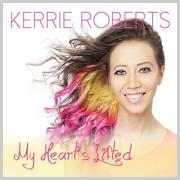 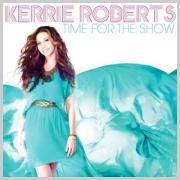