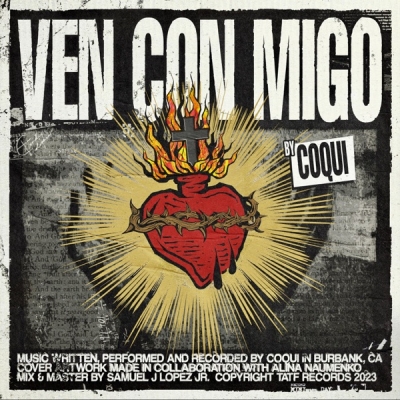 
Throughout the years, Sam has quickly worked his way up the musical ladder, making a name for himself working in the studio with artists like Young The Giant, RAC, and Crystal Castles as well as touring the globe with 30 Seconds To Mars and Machine Gun Kelly.

'Ven Con Migo' is a dark and rhythmic post apocalyptic song inspired by the story of Sodom and Gomorrah from the Bible, sung from the perspective of a preacher who is warning his people about the end of the world and urging them to get right with God. Influenced by the sounds of 90s era trip-hop, spaghetti western psychedelic rock, and modern electronic music, Coqui merges multiple styles and genres to create an unforgettable soundtrack perfect for an end of the world movie scene. 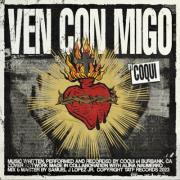