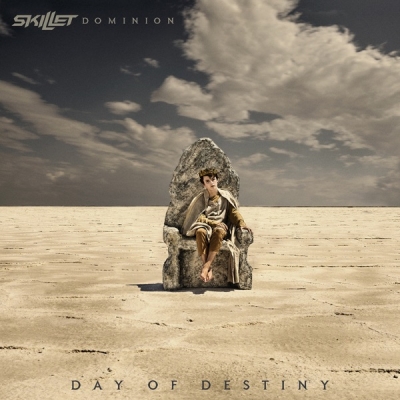 Get 'Dominion: Day of Destiny'

17x platinum, GRAMMY-nominated rock band SKILLET is celebrating yet another RIAA Certification as their No. 1 Active Rock hit "Feel Invincible" hits 2x platinum status. The certification comes as "Finish Line," already a streaming hit with nearly 50M global streams to date, is available as an instant grat track when pre-ordering DOMINION: DAY OF DESTINY (DELUXE EDITION) (2.17). The song now features Adam Gontier (formerly of Three Days Grace) from Saint Asonia who will be joining Skillet on the road next month.


With five new tracks, including upcoming Active Rock single "Psycho In My Head" (full track listing below), DOMINION: DAY OF DESTINY (DELUXE EDITION) is the companion to DOMINION, one of the highest charting rock and metal albums of 2022. "Psycho In My Head" is the first Active Rock single from the project and will ship to radio January 25, impacting February 7. Fans can preorder exclusive DOMINION: DAY OF DESTINY (DELUXE EDITION) Box Sets.

Colliding with the release of the deluxe edition on February 17th, SKILLET and THEORY OF A DEADMAN will co-headline the Rock Resurrection Tour, with support from Saint Asonia, kicking off in Gary, Indiana, running through March 26th in Los Angeles. The 25-date trek includes stops in Milwaukee, Detroit, Boston, Cleveland, St. Louis, Dallas, Denver, Phoenix, and more. Tickets are going fast and on sale now at www.skillet.com.

SKILLET is one of the best-selling rock bands of the 21st century. The two-time GRAMMY® Award-nominated, Pandora Billionaires Club members, and multi-platinum rockers have an undying spirit that has humbly asserted and affirmed them as one of this generation's most successful rock acts. However, as all classic underdog stories do, it happened quietly under the radar. By 2019, they not only garnered a pair of GRAMMY® Award nods and sold over 17 million albums worldwide, but they also took home a Billboard Music Award for the double-platinum Awake. Its breakout single "Monster" is 5x platinum and remains "one of the most-streamed rock songs of all-time." 2016's Unleashed bowed at #3 on the Billboard Top 200. Hitting #1 on Rock Radio, the lead single "Feel Invincible" cracked 643 million global audio streams and went double platinum.

Meanwhile, the gold-certified Unleashed became their fourth consecutive album to acheive gold, platinum, or double-platinum status. Their 2019 release Victorious included the top ten rock radio hit "Legendary," which lived up to its name with over 108 million streams. To date, nine original tunes earned RIAA recognition in tandem with high-profile syncs by everyone from WWE and Marvel to ESPN and NFL.

Between selling out arenas in 26 countries and four continents, the group performed on CONAN and graced the pages of USA Today and The New York Times. Skillet debuted their first graphic novel, EDEN: A Skillet Graphic Novel with Z2 Comics, which became the publisher’s best-selling book of all time, followed by EDEN II: The Aftermath. Skillet's latest project, DOMINION, is one of the highest charting rock and metal albums of 2022 and available now. 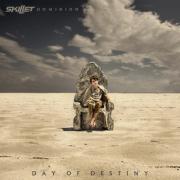