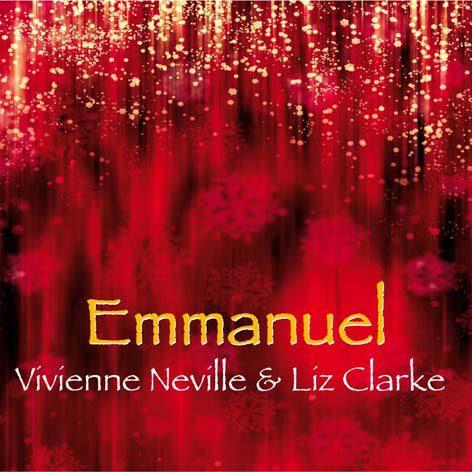 Singers Vivienne Neville and Liz Clarke are combining to release their full length Christmas album 'Emmanuel' on 31st October 2011. The talented vocalists had previously teamed up last Christmas, releasing a four song digital EP called 'Advent'. Those four tracks from 'Advent' are included on this year's album alongside six further songs, including two original songs and many Christmas classics.

"They wanted to produce an album that truly reflected their thoughts on the true meaning of Christmas", explains Plankton Records. "And what a sublimely stunning album they've created. The song selections and performances perfectly capture Vivienne and Liz's differing, but totally complimentary, styles. As well as their contemporary interpretations of well loved seasonal songs, both Vivienne and Liz have contributed an original song to the project, both of which suit the album perfectly. All in all the perfect album to listen to and reflect on the meaning and message of the festive season. A beautiful album conveying a beautiful message - beautifully!"

Included on the album is an original song from both Vivienne ('Angels') and Liz ('I Think About Jesus'), both of which will be released worldwide as digital singles and distributed to radio stations for airplay. Other classics on the album include 'Silent Night', 'O Little Town Of Bethlehem', 'We Three Kings' and 'In The Bleak Midwinter'.

Vivienne and Liz will be doing some UK dates together in support of the album in November as well as further solo dates on the lead up to Christmas. 2012 will see Vivienne concentrating fully on her musical career and Liz will be spending much of her time touring the theatres of the UK and the middle east as part of the ever expanding 'Celtic Dreams' stage show (with more dates and territories being added every week).