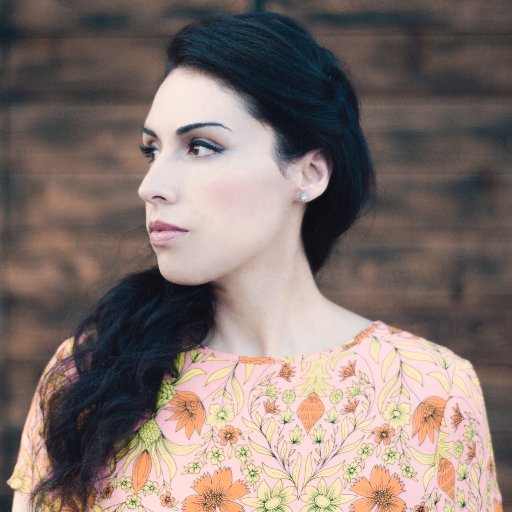 Get 'Love Lines the Last Horizon'

In a culture caught up in a fury of differences, fear and uncertainty, the latest album from singer-songwriter, worship leader and speaker, Tanya Godsey, serves as a hope-filled and timely reminder of the unflinching love of God. Love Lines The Last Horizon releases on the heels of its first single, “We Are Your Song.” Praise for the new single and its aim to benefit the work of International Justice Mission was evidenced by the 50,000+ views and hundreds of shares the song’s lyric video received on Godsey’s Facebook page within the first 36 hours of its release. This warm reception sets the stage for the release of Tanya’s third studio album: a new collaboration with noted producer Ben Shive (Mercy Me, Rend Collective, Colony House) and a collection of songs inspired by both the journey of the human heart and the condition of the world in which we live.

Tanya’s passionate, warm alto voice opens the album with "Wild Love," singing of God's all-knowing presence and His power to infuse His love into both the light and the dark.

You circle the world, one sweeping sight/ You gaze on the guilty and the justified/ And still You breathe and still you breathe in every soul/ Wild love running free in our Father's World

From start to finish, the sincerity of the message in Love Lines The Last Horizon is framed with Tanya's signature piano playing, fervid vocals and an array of cinematic touches paralleling the spectrum of human emotion. From the hopeful ache of "All Things Right" to the worshipful anthem of "Foundation," the picture of God's love is painted in brilliant colors. The result is a diverse and moving musical commentary of God's love holding all things together: "not just the created world as we see it and know it, but how God holds all things together -- even us," as Tanya states.

Upon closer inspection, the album's bold approach and delivery is in fact a hard won victory as it comes on the heels of Tanya's life long struggle with fear. "I tend to write about topics I've been given the authority to write about by way of my own struggle and process with God. I feel like I have a PhD in walking through the fires of fear. After years of being paralyzed by fear, I began to step out and walk into what Brennan Manning calls ‘ruthless trust.’ I started to pray the hard prayers and consequently became empowered by God's grace to do the hard things, discovering God's love was strong enough to quench my fears and cover my failures, limitations and questions. I started to believe that not only is His love perfect enough to cover every square inch and mile of the human heart, it's perfect enough to cover my imperfect human heart. So, this album is my emancipation from fear-from believing I have to be good enough for God to love me.

"  She describes the process of this emancipation in a song titled, "A Beautiful World," and the joy of this new found freedom in a blog entry chronicling the evening before the day recording was set to begin:

“On the night of June 29th, 2015, I went to bed with a bit of a Christmas Eve twinkle in my eye. No, it wasn't December 24th, but after four years of learning how to starve fear, work hard and pray harder, God had gifted us with the impossible. The following morning, I would begin my first day in the studio with one of my dream producers to record a new album that had been excavated from the depths of the soul mines. My heart was full of gratitude, anticipation and a missional desire to serve hope to the world.”

But just as the joy of this freedom was setting in on the eve of the album's beginning - crisis struck without warning - only hours from her unsuspecting proclamation of excitement. Tanya describes the unanticipated events in the early morning hours of June 30th, which also happened to be the first day of recording:

"As a mother of two young children, I was accustomed to being abruptly awakened by a shake of the shoulder from a bad dream or a nagging cough. But in the wee hours of June 30th, 2015, I awoke to something I was not prepared for. I was startled by the sound of someone sobbing and pacing back and forth in the darkness of our bedroom."


She later describes those difficult shared moments with her husband as the unexpected and unlikely beginning of his dark and extended battle with depression and anxiety.

While the framework for the album had previously been laid, these unanticipated events would reshape the trajectory of the record and further solidify Tanya's passion to deliver a message of unwavering hope. Tanya explains: "Instead of writing from a place of sorrow and grief, I had this need and this desire to write songs about hope, and I think I was preaching those truths to myself."

The song, "Watchmen" is one such song. Inspired by Psalm 130:6, the song focuses on the truth of God as our one and only refuge and true source. "As I listened to Psalm 130:6 play over and over in my mind, I began to wonder if my hope was fixed on a concrete solution instead of a person and a relationship,” remembers Tanya. “Was my hope firmly fixed on finding the light instead of seeking its Source? I went back to Psalm 130:6 and read it again. ‘I wait for the Lord...’ ‘I wait for the LORD...’ I can't wait for understanding, it may never come. I have to wait on the Lord. In the absence of answers, God will offer me what I really need - more of Himself."

"Quiet Street" is another song inspired by a revelatory experience. Anyone who has accepted an invitation into obedience will resonate with this song. "Oh the grass is green in my American dream. Bright rooms and picket fences and a backyard oasis," Tanya sings in the opening lyrics.

"I think it's time we talk about what obedience often looks like,” shares Tanya. “Sometimes it's costly. Sometimes it means feeling 'the heat on your face' when you are confronted with situations you have no control over, when God is shaping you and molding you through sacrifice and dependence. He promises to meet us with His presence in those places, but often asks us to dethrone our idols of safety and security first so we can enter into that place of deep trust."

The reaches of hope also extend into our relationships with one another as Tanya describes in “Worth The War.” This song explores love as a worthy commitment. For Tanya, “Reconciliation is a daily work we are called to with one another. There’s a difference sometimes between a peace keeper and a peace maker. Sometimes I’m going to have to engage in the real work that makes for peace instead of expecting it to happen with little or no effort. In so far as it depends on me, I am called to live in peace with others. It means, when I encounter conflict, I have to think about fighting FOR the relationship instead of always fighting FOR my own ideas. God models this kind of love so well. He lends His ear so willingly and ultimately just doesn’t give up on us.”

Let’s stand and fight from the same side, I’ve got your back so take my hand take a sword, Love is worth the war

The story of Tanya Godsey is a mirror to the making of Love Lines The Last Horizon. It is a story of perseverance in hardship, faith in the face of despair, emancipation from fear and the ultimate triumph of God's love.

"I think so many of us are just trying to figure out how to take a seat at the celebration of life where there is this beautiful chorus of hope being sung over us because of the Gospel and because of who Jesus is. And yet, we wake up in this homesick world where we're going to experience both the light and the dark, the wound and the healing, the joy and the sorrow, and where we have to contend with the reality that as long as we are in this body, we are going to be in process.”

“My greatest desire for this record is that it would serve as a tool for every listener as they press into their process with God, with others and the world around them,” continues Godsey. “I hope more than anything they're reminded that there is no place the love of God cannot reach. When we’re too broken and weak to reach for Him, He is reaching, always reaching for us.” 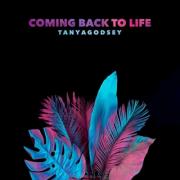 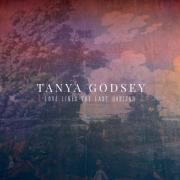 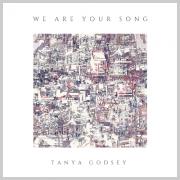