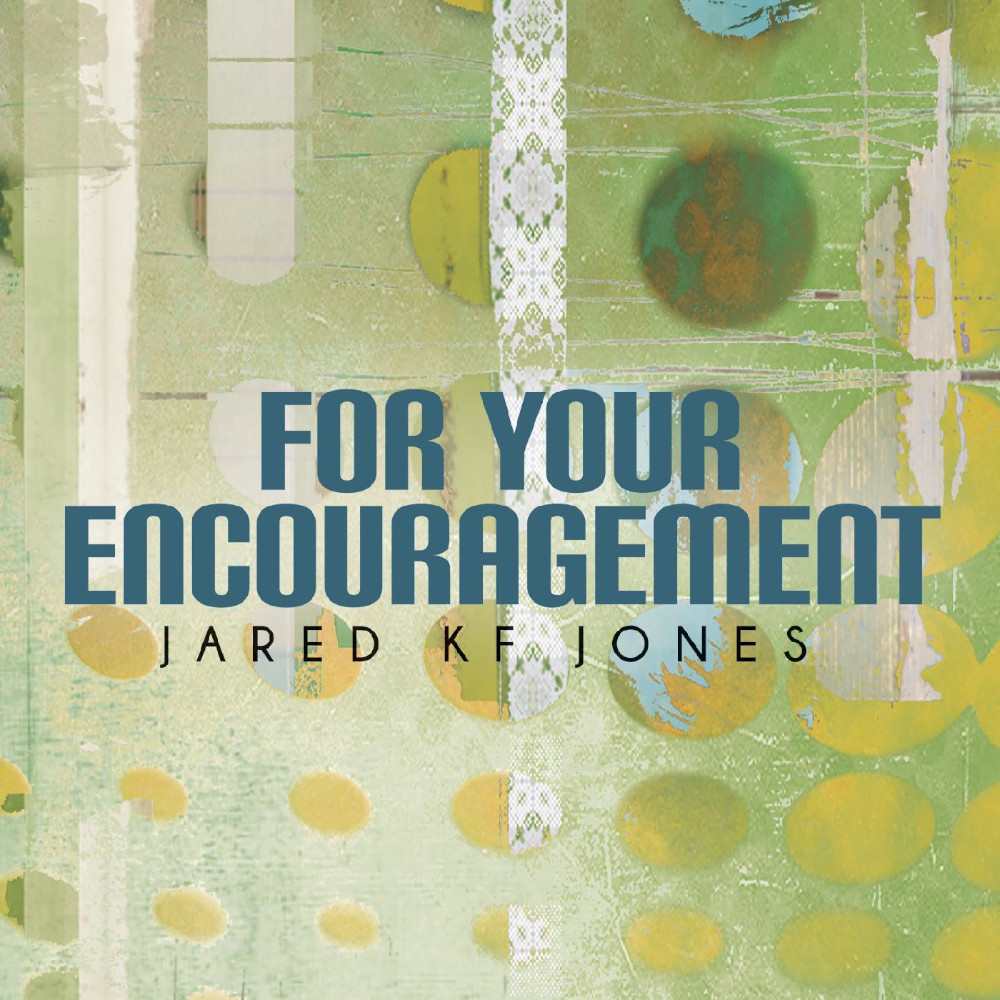 Get 'For Your Encouragement'

Nashville based singer/songwriter Jared KF Jones is just about to release his first Christian/Gospel album, 'For Your Encouragement'. Louder Than The Music spoke to Jared to find out about his background in music, the inspiration behind the new album, and finding acceptance in Christ rather than social media.

Jared: I grew up in Randolph, MA (a suburb 15 minutes south of Boston), and I currently live in the suburbs of Nashville, TN with my wife, Mindy, and three...
Read More Nashville based singer/songwriter Jared KF Jones is just about to release his first Christian/Gospel album, 'For Your Encouragement'. Louder Than The Music spoke to Jared to find out about his background in music, the inspiration behind the new album, and finding acceptance in Christ rather than social media.

Jared: I grew up in Randolph, MA (a suburb 15 minutes south of Boston), and I currently live in the suburbs of Nashville, TN with my wife, Mindy, and three children, (12, 8, and 5). My dad is a pastor and author, and my mom is a high school guidance counselor. They both sing as well. I grew up in the church but was too shy to sing at a young age, so I’d lip-sync in the choir. My favorite artist growing up was Michael Jackson, and at home I’d be listening to his music almost non-stop, watching videos, and learning dance moves. I was more comfortable I believe dancing, so my first “show” was impersonating Michael Jackson at my first-grade talent show. That was my way of entertaining people. It wasn’t until I met a girl I was too shy to talk to at a skate night youth event when I was 13 when I started to sing and make music. Since I couldn’t talk to her, I wrote a song about her, and recorded it on my karaoke machine. That was my first multi-track recording, because I’d record vocals on a blank tape, then play the tape back on one side while recording on another tape and did that continuously until I got all the vocals and beat-boxed instrumental down. I still have that tape to this day.

Tell us about your new album 'For Your Encouragement' and what the inspiration behind it was?

Jared: Early in 2019, after having just moved to Nashville in November of 2018, I was praying asking God to reveal what He wanted me to do. I had been set on and used to writing Pop and R&B music and was eager to write and pitch songs for other artists to record. But the answer I continuously heard in my spirit was, “You are an encourager. Be an encourager!” So I set out to write songs that would encourage people with biblically based messages. It’s been the most refreshing and fulfilled I’ve ever been writing and recording music. Most all the songs I believe were gifts given to me to write, because I’d wake up at 3, 4 or 5 in the morning with a lyric and melody in my head, and run to my studio room next door to record what I heard into my phone. As the songs were coming together, I brought in a few collaborators virtually on some songs (producer Chris Adams, producer Ezemdi Chikwendu, songwriter Toni Wortherly, and rapper/writer Skrilla) and they each brought their talent and ministry to the album. I ultimately envisioned an album where one could hand the music to someone like an encouraging note, and say, “Here, this is for you. I hope it encourages you.”

Jared: “Dust”, which is track 4 on the album, and one I produced, and co-wrote with Toni Wortherly. Toni and I wrote that song over a Skype session (as she’s in Jacksonville, Florida) and then subsequent emails and texts. I shared the track with her, and brief direction I wanted to go in. She had the “Dust” concept, title, and some lyrics down that fit already and I had never heard that before. We said, “Oh we have to do this”. “Dust” is the song that depicts someone in their darkest moment, when all they can do is cry out to God and ask Him to change their life. “Lord take this dust, make a treasure out of me. You are the potter, use me for your glory”. I’ve played that song more than any other song on the album, and I think it’s going to touch and impact a lot of people.

Jared: Our culture nowadays seems to crave social validation more than anything else. We seem to be chasing things that are fleeting, and that won’t last. Then we get down on ourselves when we don’t measure up to society’s standards. Or as Christians, we think we need to be perfect, or can’t show our cracks or flaws. In Christ, we are already validated because of Him, and Him alone. That should make us more easily accept our own weaknesses and faults, yet we still don't. We still chase after self-perfecting methods. We will never be perfect. And God knows that and loves us as our messy selves anyway. Jesus understands our vulnerabilities, as even He was tempted. We are all works in progress. We can all use continued encouragement, and continuously encourage others.

Jared: A mix of a pop/R&B sound, but with inspirational and positive messages. My influences musically are Michael Jackson, Stevie Wonder, Justin Timberlake, and definitely Ne-Yo. Among the Christian/Gospel genre specifically, I’m a fan of Tauren Wells, Phil Wickham, and Mandisa. I just love the direction they are going in and the fact that they too have a pop/R&Besque sound, but it’s music with a message.

Jared: Hands down Ne-yo. I’ve followed his career since his first album and I believe I’ve honed most of my songwriting style after him. He was one of the firsts that I took note of to have written for hit records for other artists and launch his own career as an artist. I know others have done it, but I was more attentive to his career path and tried to keep an eye on anything he was involved with.

Jared: Hopefully this doesn’t sound cliché, but honestly if one life is positively impacted by my music, if one person is brought into a deeper relationship with God, or especially if someone gives their life to Christ after being inspired by one of my songs and hearing God’s call, that’s it. It’s all worth it. That’s success. Would I like to win an award one day for song of the year, and perform at major venues, absolutely! But I want the stuff that’s going to last beyond this world.

Jared: Michael Jackson’s “Thriller”. I’ve played that album probably over 1,000 times in my life. And it’s what I’d listen to on my walks back home from elementary school sometimes.

Jared: “I surrender all”. I’d want that stuck in my head if that’s the last song I could hear. That would keep me going until my earthly rescue or call home to glory!

Jared: I’m in the process of having a band put together. I’ve tapped my friend David Beamon (guitarist and fellow Nashville musician) to help me with that, because it’s my first time doing it. Planning to put some things in place so we can perform at Christian music festivals and events hopefully regionally. I definitely want to play at the IMMERSE conference. I’m thinking about recording an acoustic version of the “For Your Encouragement” album and working on new music. Lastly, I’d like to write with and for other artists who are looking to share positive and encouraging messages as an artist. And also want to truly connect and communicate with everyone who is listening to and sharing the music on the album, so please let everyone know they can reach out to me at anytime via email. You will hear from me directly. 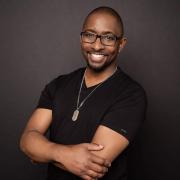 Nashville based singer/songwriter Jared KF Jones releases his first Christian/Gospel album, 'For Your Encouragement', in October featuring the song 'Even Jesus Cried'. Earlier this year he released the single 'How About'.… 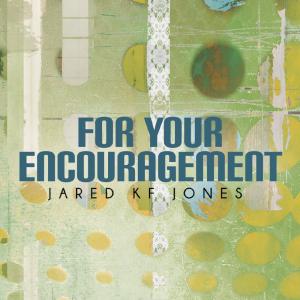 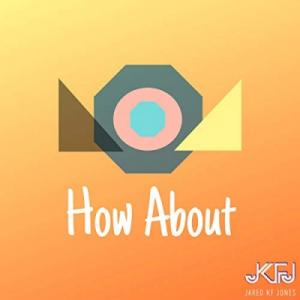