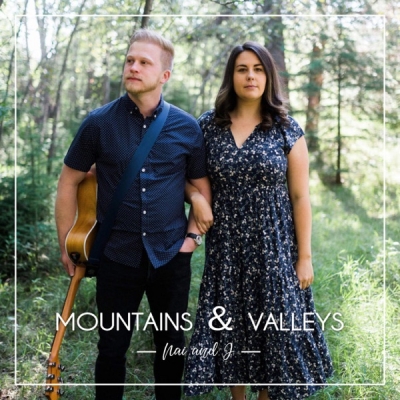 
"We met in the summer of 2016 while working as camp counsellors at Camp Caroline (in Caroline, Alberta). One of the things we bonded over was our love of music, and passion for God. This has remained something that is true, and even more so since we got married in June 2018", explains Naomi and Joel.

"We have written a number of songs, and are excited to be sharing six of them with you on our debut album, 'Mountains & Valleys'."