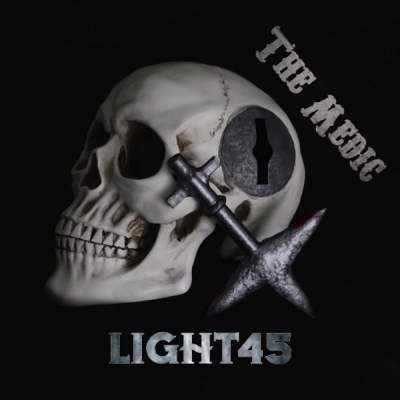 Light45, an original rock band from Rochester, Minnesota, have released their single 'The Medic'. The song is about Jesus Christ as the one true Healer of our body, mind, and spirit. It tells the story of a fictional character who is in the process of dying, realizing that it is happening, that he is a sinner and that he is in need of a Savior physically, emotionally, and spiritually.


Justin (vocals, guitar) and Mark (bass) are founding members of Light45, with additional musicians joining the band throughout the years. The current lineup includes Ian Benoit on guitar, and Scott Bentley on drums.

Light45 has many Top 30 singles. Their debut single, “Steeped”, rose to #5, and was on the Billboard Christian Rock chart for a total of 16 weeks. This was followed by “The Maze”, and “Bringing You Back to Life.” “The Maze” was listed as a top 100 songs of the year on Christianrock.net for both 2016 and 2017. In 2017 the A&E Network began using “Bringing You Back to Life” for episodes of the tv series “Born This Way”. This was followed by the Discovery Network show "Garage Rehab" using the song "Steeped". Light45 has now been featured in 7 individual episodes of “Garage Rehab” and “Garage Rehab: Revisited”.

The band has a true international following, with heavy airplay on terrestrial stations around the world. They have been featured on the Christian Rock 20 and syndicated shows such as The Z-Rock Radio Revolution. They performed live on KTTC news, with a viewership of 100,000.

What sets Light45 apart is their unique approach to songwriting. “We believe the song should tell us where to go. It’s not our responsibility to force a genre, but to help guide it.” For this reason their songs range from hard rock, to pop rock, to worship, to reggae. As a result, Light45 has something for everyone. They are an original rock band that defies definition for the sake of creating enjoyable music. A rock band for true music fans, and a pioneer of the “New Wave of Classic Rock”. 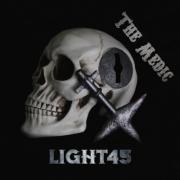