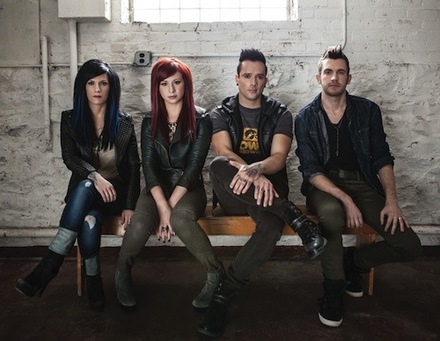 Grammy-nominated and platinum selling rockers Skillet has announced an autumn European tour which will see them perform more than 20 tour dates including London, Zurich, Stockholm, Warsaw, as well as multiple dates in Russia, where the band's popularly is growing exponentially.

The tour follows a summer European run, which saw Skillet rocking multiple festivals throughout the continent, performing for thousands of fans. The summer and autumn tours have seen the band gain a solid European following, all subsequent to last year's tour supporting mainstream rockers Nickelback.

Last year Skillet released their latest album 'Rise', the highly anticipated follow-up to their mega-selling project 'Awake', which was certified platinum for sales in excess of one million copies in the US.