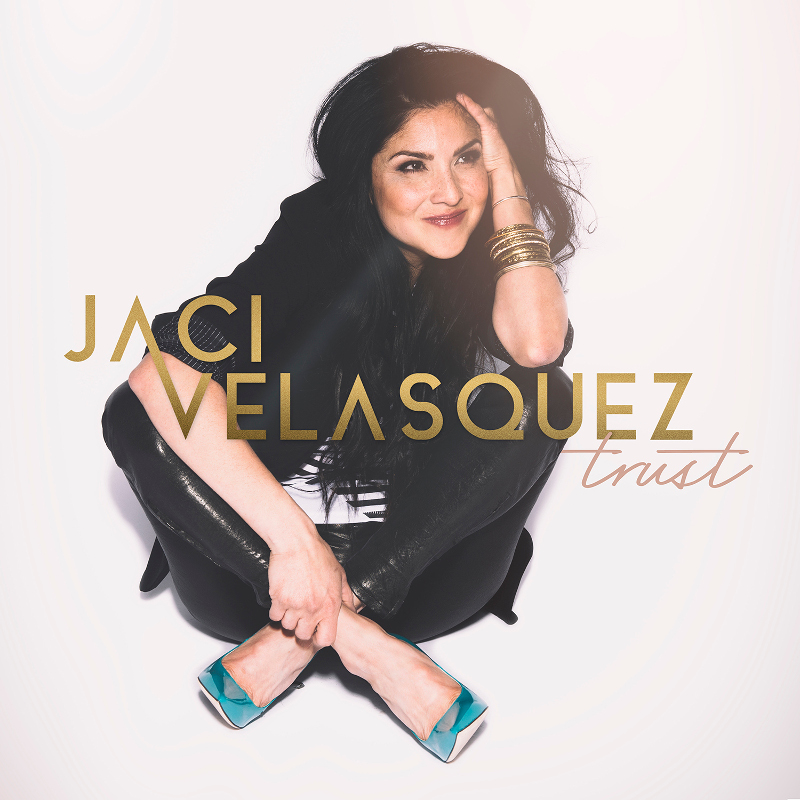 For more than half her life, multi-platinum-selling, Grammy nominated artist Jaci Velasquez has pursued an entertainer’s dream, recording albums in English and Spanish and performing on stages around the world. From her debut at age 16, she has leaned full-throttle into her God-given gifts, racking up 16 No. 1 hits, penning three books, acting in seven films, gracing 50 magazine covers and launching a non-profit clothing line.

But the dream has seen its share of soul-searching questions, loves and losses, enough to bring any young woman to her knees. And just as the lyric of her 2006 hit “On My Knees” predicted, she has learned, in laughter or in pain, to survive. Her survival is built on trust. “I may not know what to do or what the future holds,” she says, “but I trust that God does.”

Internationally released March 31, Trust marks several firsts for Velasquez, a Dove Award winner and Billboard Latin Music Award winner with five Spanish albums to her credit. Not only is it her first album in over five years, her first worship album and her first project with Integrity Music, this 18th recording is the first simultaneously released in both English (Trust) and Spanish (Confío).


Produced by David Leonard (All Sons & Daughters) and Chris Bevins (Salvador, Phillips, Craig & Dean), Trust finds Velasquez taking a decidedly vertical turn, exploring new territory where her faith has been bolstered through seasons of uncertainty that led to a place of complete trust.

Certainly, it is a reflection of how her faith has been shaped and strengthened by motherhood with the added challenges of being mom to a special needs child. “We started noticing when Zealand was two,” she says, “but the official diagnosis came in 2nd grade. When they told us it was Autism, I went through a time of mourning the death of the dreams I had for him.” It took some time, but she began to dream new dreams for her son, “harvesting the gifts I could see in him.” Today, at 9, Zealand excels in music, in both singing and piano. “His ear is even better than mine,” his proud mom says.

“Everybody has faith in something,” says Jaci, who served as the 2013 spokesperson for Autism Speaks’ Tennessee Walk Now. “But at the end of the day, if you’re looking to yourself to keep everything under control, God isn’t part of the equation. That’s where trust comes in, understanding that God loves your children even more than you do.”

Trust features 10 anthems that sing of God’s faithfulness, a modern worship and pop hybrid sure to resonate with anyone caught up in the chaotic uncertainty of the everyday.

“I don’t know a lot about worship as a music genre,” Velasquez freely admits, “but I know how God can use music to move people. What we experience in church, in worship, we want to have that experience every day… at home, in the car. In the middle of the day, God uses it to meet us in the middle of our chaos, to move us closer to him, to remind us of who we are and who He is.” In fact, she really wasn’t convinced a worship album was meant to be until she found herself comforting her youngest son, Soren, 7, in the middle of the night, after a bad dream.

“When you’re scared and don’t know what to do, I want you to remember this,” she told him. Then she played “God Who Moves Mountains,” written by David Leonard, Dustin Smith and Richie Fike. Standing in his room, she closed her eyes and, as the words washed over mom and boy, she raised her hands. When the song was over, they both had tears in their eyes. “Our lives were changed in that moment because God met us there in a song,” she says. “Music is powerful and healing.”


Slow me down enough to hear your voice / Speak your words of mercy over all the noise
“Rest,” a melodic ballad co-written with her husband Nic Gonzales (Salvador) and Greg Sykes, will undoubtedly resonate with mothers and fathers who hit the ground running all day, every day. Sitting down at 10pm for her first meal of the day, looking at a 4:20am wake up time for the next day, Velasquez realized she hadn’t even talked to God all day long. “If I don’t rest, I’m just spinning my wheels,” she says of the song’s origins the next day. “It’s not going to mean anything unless I give it all to him.”

A percussion-driven joyride, “The Sound of Your Kingdom,” written by indie-artist Ryan Corn, is as contagious as a song can get. “I fell in love with it, not only for what it says, but for how it makes you feel,” Velasquez says. “When God sees us, he hears what we offer back to him - our worship, our joy, our laughter, our honor, blessing and praise - that’s the sound of his kingdom.” One of her boys’ favorites and a great reminder that we’re part of something really big and ongoing, she says.

From “Praise The King,” a phenomenal Easter-every-day celebration, to “Great Are You Lord,” an ethereal anthem/duet with her husband, to Martin Smith’s “Great Is Your Faithfulness,” to “Never As Dark As It Seems,” a powerful reminder for tumultuous times written by Michael Farren, Mike Grayson and Seth Moseley - Trust echoes the courage that rises from understanding the One we worship.


When my body’s shaking, my faith won’t be broken / You lift me up, my heart is wide open
I know you are my light, and I trust you
“Trust You,” which Velasquez wrote with Aruna Abrams, James Slater and Bobby Hamrick, encapsulates the heart of the album.

“I remember, before Zealand was diagnosed, sobbing in the office of the school,” Velasquez recalls. “All I could do was cry, my body was shaking in fear. It took a while to lay it all down, to trust God with my sons, to trust God with my marriage, walking that out as a child of God, as a wife and a mom, trusting him to make all things possible, to move the mountains in our lives….” It’s the underlying theme of this record, she says, but more than that, “it’s everything.” 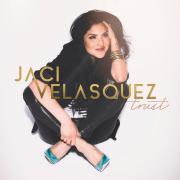 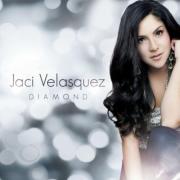