“There is nothing more refreshing than a touch of God's presence. That's what ‘Fall On Me’ is all about - giving God praise for the rain of heaven,” shares Planetshakers worship leader Joth Hunt, who wrote and leads the song. “In His presence we are free!”

Hunt also led the song as it was broadcast live during the conference via the Daystar Television Network. This marks the fifth consecutive year that Planetshakers has partnered with Daystar to exclusively air its conference on the network to millions in over 180 countries around the world.

Taking the new music, favorites like “The Anthem,” “Endless Praise” and “Turn It Up,” and songs from its acclaimed, top-selling fall 2018 Heaven On Earth album to audiences around the globe, Planetshakers wrapped-up a tour earlier this year with Franklin Graham followed by last month’s Planetshakers Conference events and this month’s events in Germany, France and Norway. Tomorrow (June 1) the band is in Budapest, Hungary.

“As we have ministered around the world, we have noticed a growing hunger for the presence of God. There is a great awakening happening!” exclaims Joshua Brown of Planetshakers. “We are releasing more music reflecting what God is doing through our Church; it’s such an honor to be part of something so big.” 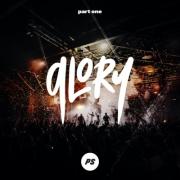 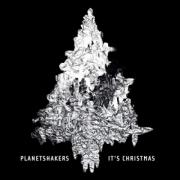