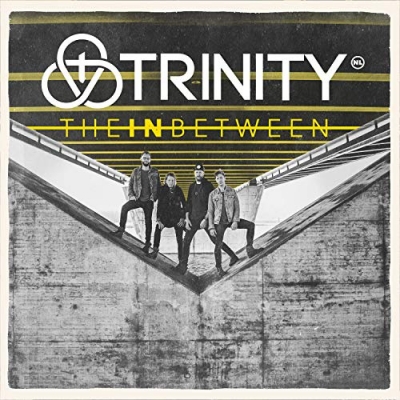 Awards-winning, Netherlands-based, eclectic band Trinity announces the release of 'The In Between', July 12, from The Fuel Music. Released earlier in the Netherlands and having already received two Dutch Dove Awards, including “Album Of The Year,” the recording is now available today at iTunes, Apple Music, Amazon.com, Spotify and more digital retail and streaming outlets globally through the link https://VA.lnk.to/theinbetween. This unifying album is meant to help “create heavenly parties in and outside the church.”


“The In Between is an album daring people to let go of ego, certainties and black and white thinking, and encouraging people to jump into the river, the party, the flow and the community of God and His people,” says Trinity’s Elbert Smelt (lead vocals, flutes, saxophone). “I stubbornly hold on to this God-story, that no matter how much I doubt or hurt sometimes, this gospel is good news for me, for everyone who is hurting and for all of creation.

“Because we believe in love, we sing with hope and bridge the gaps with joy,” continues Elbert. “Feet in the dirt, eyes fixed on the horizon and our heads in the clouds, we’re good at throwing heavenly parties and celebrating unity. We celebrate Jesus because we’re on our way home together, like pilgrims.”

Taking their celebratory new music on tour, Trinity played its first-ever U.S. concert June 29 at Creation Northeast Music Festival. Held in Mount Union, PA, the event is historically one of the largest Christian music festivals in the nation, hosting as many as 100,000 festivalgoers annually.

“We started off by playing at the food court and on the camping site: acoustically, like buskers,” relays Elbert of Trinity’s experience at the festival. “People liked it, so we invited them for the evening’s dance party at the Worship Stage. Loads of teenagers showed up and we had a good time. At one point, I even got a group of about 10 to dance on stage with me.”

“There was an immediate connection when Trinity stepped onto the Creation Music Festival grounds for the first time,” says Darpino. “They are sincere, fun, dynamic musicians, that love the Lord and very quickly have you dancing and worshiping as soon as they start their eclectic music experience.

“It is honestly so refreshing to hear something so new and creative; they truly bring the world to your stage and listening experience,” he continues. “If you have not listened to them, you need to, but more importantly, see them LIVE! It truly is an experience in music and worship that we have not seen in a while that will connect people to the world and to the hope that is in our Savior Jesus.”

Produced by Grammy-nominated, multiple Dove Award-winning Ian Eskelin and Barry Weeks, Trinity’s The In Between features singles premiered by outlets like Parade, CCM Magazine, NewReleaseToday.com and more: “Living To Love,” “Are You,” “Anthem Of Love” and “Wherever We Go,” as well as the radio favorite, “Alive Again, ” which has been heard on WAY FM, 94 FM The Fish, 95.1 SHINE FM and many more stations coast-to-coast across America.

Accustomed to leading in front of large gatherings, Trinity performed at the 2019 World Youth Day, an event for young people organized by the Catholic Church that reportedly drew 600,000 people to Panama City, Panama. Recording it’s “Anthem Of Love” video at this event, the band has also performed on the main stage of the Netherlands’ Xnoizz Flevo Festival (2010, 2012) and EO-Youth Day event (2013, 2016), and has played at Big Church Day Out festival (UK), the Himmelfarht Festival (Germany), the CREA Festival (Switzerland) and Seaside festival (Norway). The band further shared its music live at events in Russia, Kenia, Cambodia, Gambia, Peru, Senegal, France and Ireland. 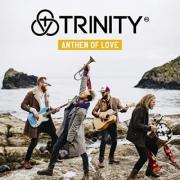 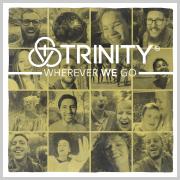