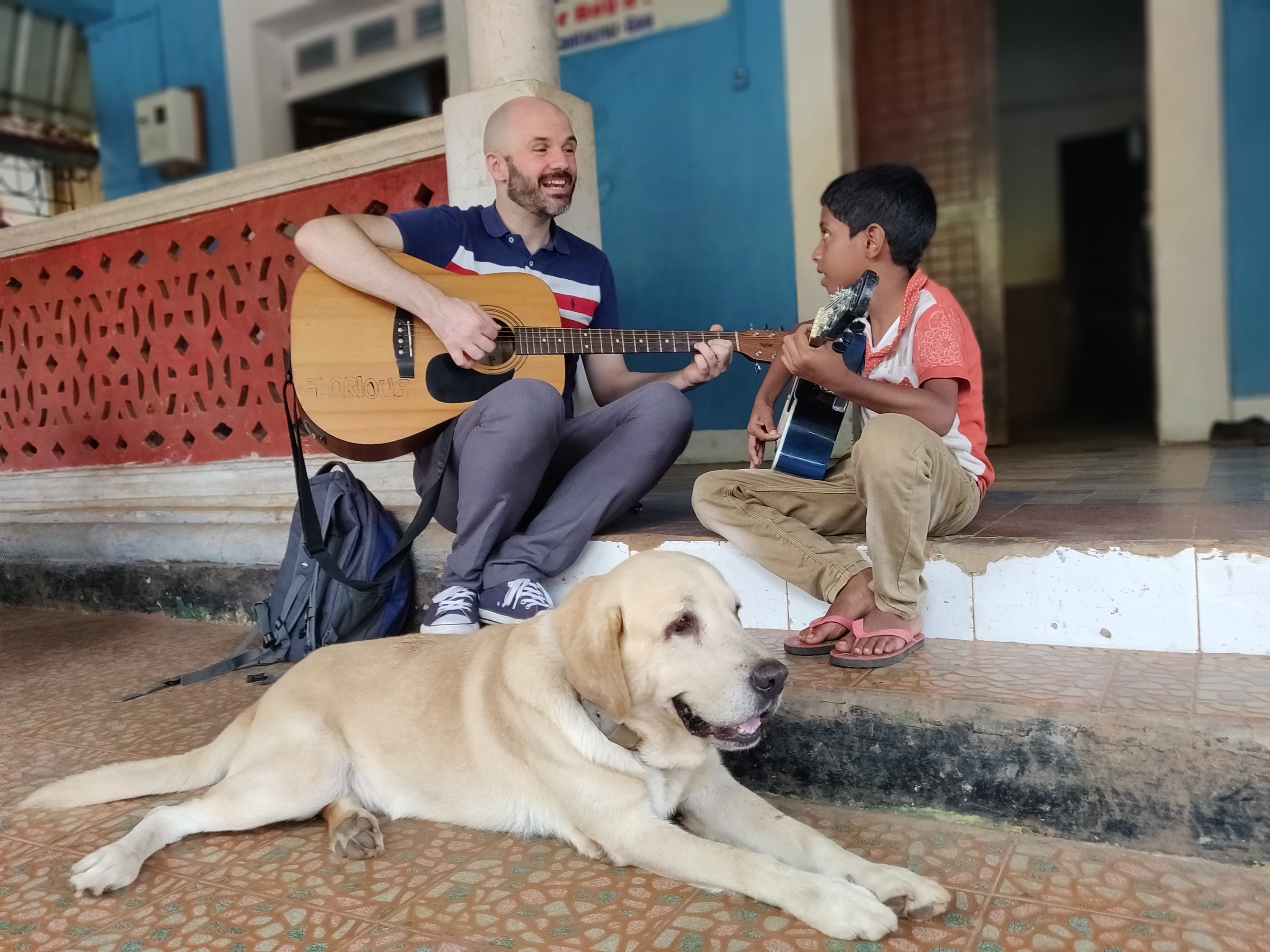 Former Hillsong London worship team member and now synth-pop/electronica artist Will Adam has released his new album 'Image'. Louder Than The Music caught up with Will to find out about his music, and why he decided to leave the UK and move to India.

Sure. I’m Will and I’ve come from Hillsong London but now I’m living in India, teaching music at a children’s home.

I’ve been playing music since I started piano lessons as a six-year-old living in Sheffield, UK. I would listen to Hosanna! Music cassettes and play along on my keyboard, then in the middle of playing I would be flooded with inspiration and write down my own little melodies in a blank school exercise book. A few years later my father passed away suddenly and almost randomly, which left a big hole in my life and a lot of questions. As a family, we got through it all, never being rich but never going without. We were always provided for.

Later on I did some songwriting and keyboards for the Audacious! Band, a little work in film and television, then I moved to London and made Hillsong my home. I really found a great family there because everyone is so creative and looks out for each other. We would do tours and Hillsong Conference and every Sunday we would get together for church. It was beautiful.

Tell us about your new album 'Image' and what the inspiration behind it was?

I think the inspiration was humanity. When we create things, something of ourselves goes into that thing we create. When Banksy creates a new mural, it’s distinctively his because it holds part of his essence. When a mother gives birth, the child is distinctively hers because her lifeblood has gone into it. The Bible tells us that God is like this with all of creation = everything we see naturally contains God’s essence and spirit because it all comes from God. Track 2, Without You, says, “You are not a storm or a hurricane, You’re the very air I breathe”, because we’re not excluded or separate from God, we’re included by God - God’s essence is in us. The bangra-infused Truth Is says “truth is endless diversity born of a Christ singularity”. Every tribe, colour and language is a beautiful, living testament to an endlessly loving and creative God.

So I used every colour of the spectrum in the artwork and each of the twelve songs is written in each of the twelve different musical keys. One for the nerds, I know, but it gets across the message, as well as the vibrancy of the music.

Rainfall is a real banger but for sheer scale and emotion I would say the song that I originally titled “I AM” is my favourite. I wanted to write a song about the immeasurable majesty of God, but the problem is that anything immeasurable is impossible to describe or label. Even the answers God gave Moses, when he asked for a label, were vague (“I AM” - ‘am’ being a form of the verb ‘to be’; and YHWH, which, if you say it, is simply a breath in and a breath out). So I set out to paint a picture of God’s ‘being’ and ‘breath’ in creation, like the psalmists did when they described God in the sunrise, the stars and the mountains. I gave the song a huge sound with a pulsing synth bass, made the song longer than the rest and sat it in the centre of the album.

Though what I really love about it is what everyone else brought to it. Jenni, a lifelong friend, does an incredible job with the vocals, and Josh Hall upped the scale with his guitars, but when my buddy Nourhe starts his violin solo and the children from the children’s home start reading out the “I AM” Bible verses it deeply moves me.

I renamed the song Untitled because I felt like a song about our ineffable God couldn’t be given a title. Also I wanted to confuse my publisher.

Last year you moved to India - what made you decide to do that, and tell us about the work you're doing over there?

In 2015 I was touring with Hillsong across India. We did events in the northeast where tens of thousands came together and sang and worshipped with us. That was insane. Then we did a fundraiser concert for Bethesda Life Centre children’s home in the state of Goa. I remember pulling up in the tour bus outside the senior boys home and seeing them in their Sunday best, smiling from ear to ear. I felt so full of life meeting them and seeing where they studied, played and slept and what they ate. They felt like my brothers.

When I got back to the UK I was raving to everyone. India this, India that. But I couldn’t just label it a nice experience and carry on; I had to do something to help. So I wrote some songs and got a few Hillsong friends together and produced an album (‘Love’) to raise money for another charity I saw in India.

But it wasn’t enough for me - I felt called and prepared to give more. So I contacted Martin and Beena who ran the children’s home and asked them if they could make any use for me as a teacher or cleaner or cook or administrator. You know, anything. They replied by explaining that their music teacher/worship leader had just left and that they were desperately praying for someone to come and help out! Wow. Sorted.

Then I had to find a place to live, so I contacted a close friend in Sheffield, who happens to be from Goa, and asked her if she knew of any place to stay and she replied that her and her husband had been given an apartment in Goa and that they were desperately praying for someone to live there! Wow. Sorted.

Telling my mum that I was moving to a different continent would be the hardest part but even that was beautifully prepared for. I took her to see the movie Lion, about an Indian boy accidentally orphaned and trying to find his home (simply because I knew she would love the story). As the credits rolled and the entire audience wiped away their tears, she turned and saw me crying, and after a moments pause, said with maternal pride and acceptance, “you’ve got to go [to India]”. She’s one of the greatest people on earth.

So here I am as a volunteer in India, teaching music to the very same kids I met in 2015. Drums, bass, keyboard, lead guitar, acoustic guitar as well as taking some of them through their music grades. Some of them are extremely talented, getting 98% in their exams. I’m completely funded by donors but it’s never been scary for one second because I know that God has got me covered, past, present and future.

I’ve understandably been influenced a lot by Hillsong and Hillsong UNITED but there are always other elements mixed in there. Creation, the opening track of Image has a juicy homage to Daft Punk with some nice Coldplay melodies thrown on top and Paradise has a similar fun analog-synth vibe to Clean Bandit. Maybe a little M83 can be heard at times. As long as the melody is super catchy and the lyrics say something fresh, I’m listening.

The great Joel Timothy Houston, for sure. He’s always been a great writer for plumbing the depths, but recently his lyrics have brought a much-needed revolution to worship lyrics. Touch The Sky and What A Saviour were released as I was touring India and both songs gave language to what was going on deep in my heart during that time and helped me process everything. I don’t know if I would have made the decision to move to India if it wasn’t for lines like “I got so high to fall so far but I found heaven as love swept low”. Recently he wrote As You Find Me and you could practically hear the world heal a little bit.

A low bank balance and a smile.

I’d hit the Jurassic Park main theme hard and explore the island with a spear.

Same as everybody else - moments, breaths and heartbeats. 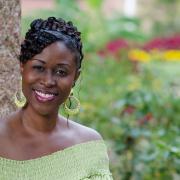 Marie Ginefanyi, a Washington, DC native singer with roots from Sierra Leone, West Africa, just released her new song 'Cool Daddy'. Louder Than The Music caught up with her to find out what the song is all about, how she got… 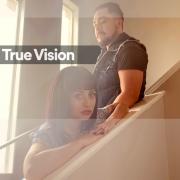 Texas-based progressive indie folk band True Vision, comprised of married couple Edward and Rosie Guillen, just released 'All by Grace', the first of several singles to be released leading up to their debut LP. Louder Than The… 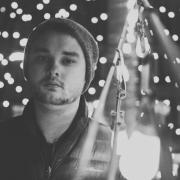 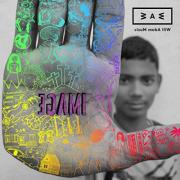 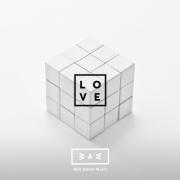