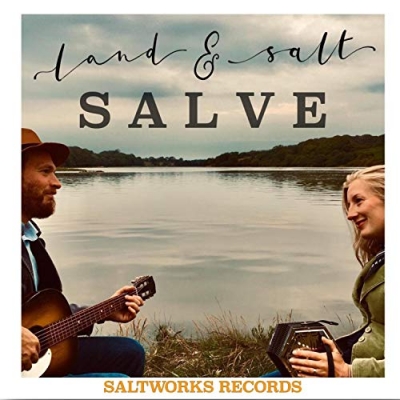 British based Folk musicians Land and Salt have just released their debut EP 'Salve'. LTTM caught up with the husband and wife duo, Charlie and Marie, to find out more about the album and their return after a long break from the British acoustic scene.

We are husband and wife, but we began our friendship as musicians working together. We were both brought up in musical families - our heritage spanned from opera singers and violinists in orchestras to Irish bar singers and country piano players. We trained, taught, loved and breathed music. After university we worked as session musicians before setting up our own label and working for ourselves. We recorded several artists and our own music and toured playing live for many years. But we were burnt out and wanted to take some time out and start a family which is when we found Christ or Christ found us. Looking back we can see the path that God laid out for us. Music stopped for a while, as we couldn’t quite see how the new life we had in Christ could fit with the self-driven life of a musician in the secular music industry today. But God had other plans and there were many years of Him calling and us running.

In many ways our musical styles never really fitted that well together - but since answering the call to write again we have focused solely on what God wants of us. The result is something very new and powerful and at times unrecognisable to us. Our sound and how we capture it is a crucial part of Land & Salt, we feel that truthful recordings better reflect who we are so we spend time finding the right natural reverb - from kitchens, bathrooms and the stairways of the old house we live in.

Tell us about your new album 'Salve' and what the inspiration behind it was?

Salve is a healing for us battered musicians stepping into a new land. Its an album that has come from years of struggling with the tension between Church, Christians and Christ Himself. Each song was a revelation in response to the things going on around us. Peace in difficulty, forgiveness in feuds, grace in our doubt, servitude in selfishness, sharing the gospel when its hard and above all - love.

It is hopefully, a loudspeaker for Jesus to talk into peoples lives whatever they are facing, to reach the homeless hearts that need rehoming. To remind us all that healing starts with forgiveness - in ourselves and in Gods eyes. To remind us that He is with us, He is like no other and He is calling us home - always.

It was hard to decide because you don’t generally choose your own music to listen to - you just set it adrift. But ‘Homeless Hearts’ was a gift to us. It just flowed out like water - the guitar riff and then the words

“Grace” just followed. We always write as much direct scripture as possible so we just opened our bibles onto Ephesians and suddenly felt overwhelmed by the mystery and awe and that surrounds the undeserved gift of grace. It was recorded in one take on our stairway giving it, its raw sound. All in all it was wrapped up by supper time - if only they all came so easy!!

We have been described as - early gospel, where Isaac Watts meets Patsy Cline. The guitar is mostly rhythmic and leans more toward the fingerpicking blues style laid out by people like Bert Jansch and Eric Bibb. But vocally its very sensitive with a muted power, Marie has been compared to such a diverse crowd that we gave up trying to compare.

I suppose we are a reflection of what listen to and we both have eclectic taste musically - a lot of hymns but also secular influences have had a sway - mixes of John Dowland, Bert Jansch, Davey Graham, John Martyn, Sister Winona Carr, My Soul Among Lions, Precious Bryant, and more recently Wilder Adkins.

Collaboration is very much on our hearts and we mindfully obverse people like Isaac Wardell and the Porters Gate as a good model of faithful musicians working together and how they reveal the powerful force of God’s creativity when we come together; that’s both inspired and exciting. As far as one songwriter today then it would be Josh Garrells, to us he seems to implore the truth in his work, but if we chose a group it would have to be Rend Collective.

How would you define success in your career as artists?

Being able to share with others the Good news is everything. We were pretty blown away when a church asked if they could play ‘Jesus Washes My Feet’ whilst they took communion. And when somebody told us that they had ‘Abide’ on in their sisters hospital room because it ministered to her. We store these things up in our hearts because this is His treasure to us. The response to our music has been overwhelming - continuing in doing this will be a measure of our success.

Good art has to be truthful to mean anything. As Christian artists, we think, truth is a necessity, in fact it’s everything . We could not share the truth of the Good News of the gospel without it; if we share what Jesus says then we share truth. Jesus is truth.

We both have personal preferences but our firm joint favourite is ‘Kind of Blue’ by Miles Davis. We’ve been through quite a lot in life and this has always been steadily playing.

‘And can it be’ by Charles Wesley sung by Maddy Prior. If it’s the last song that we’ll hear for a while then these are the words I want stuck in my head.

What does the next year hold for Land and Salt?

We’ve got some performances lining up in some interesting venues and we’re working on the next two EP’s right now - which will be released early next year. That’s what we’ve planned but we’ll see what He’s got lined up for us. 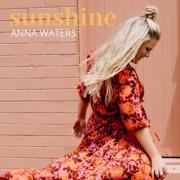 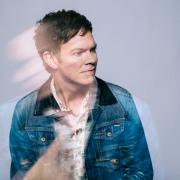 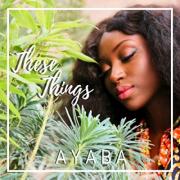 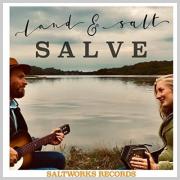