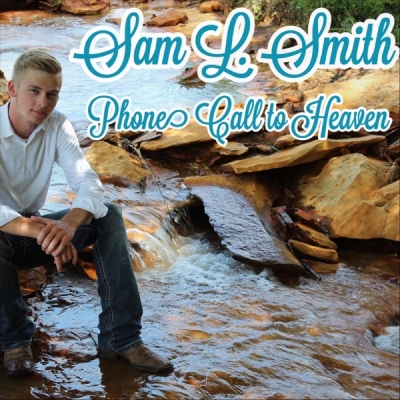 Get 'Phone Call to Heaven'

Kentucky native and up and coming Christian Country star Sam L. Smith has released the single 'Run Too Far', taken from his album 'Phone Call To Heaven'.


While Nashville is filled with country singers with down-home cred, few can say they’re a real singing cowboy, as from times past. Sam L. Smith, an 18-year-old Country and Christian Country Recording Artist based in Mt. Sterling, Kentucky brings that true-country essence to the music scene, as he releases his debut album, “Phone Call to Heaven.” On any given weekend, you’re likely to find Sam racing his horse in a barrel event, striving to make every turn clean and fast, or singing at a Sunday morning service, seeking to touch every heart.

Sam says his interest in singing all began when he missed a school bus ride on one of his first few days of 7th grade, and the assistant principal, hearing Sam’s rich talking voice, called the school’s choir teacher to get him an audition. Keying in on Sam’s natural singing talent, his new choir teacher gave Sam one of his first solo opportunities, singing Elvis’ “Blue Christmas” at the choir’s annual Christmas concert. A Facebook video of this event actually began Sam’s music career, as members of various churches viewed it and started calling him to come and sing for them! Looking for material, young Sam came across Josh Turner’s “Long Black Train” and he made it part of his repertoire. As he belted it out with many of Turner’s inflections, it drew comparisons of Sam to Josh Turner. Artists need to be unique, however, and Sam has certainly grown to be.

Given the longtime marriage of cowboy culture and country music, it was natural that Sam’s music would intersect with his barrel racing career. Cowboy churches are often a part of longer-running barrel racing weekends, and Sam has found his way to the stage to share his music at these events. In 2017, Sam even won the National Barrel Horse Association’s Idol (singing) competition, allowing him to be recognized in a national setting, winning the chance to sing the national anthem, and perform for 3,500 people! Also in 2019, Smith was recognized at the National FFA Convention for being Top 3 in the National Talent. It was filled with kids and people all of the United States at Lucas Oil Stadium.

Since he began singing for audiences at age 14, Sam has sung at around 100+ churches, and 30+ events like fairs and festivals. Even with this relatively short singing career, Sam comes across on stage like a seasoned professional. The producer of Sam’s new album, Nathan Lee Jackson (Christian Music Hall of Fame Visionary Award Winner), says of Sam, “I had heard of Sam’s singing from friends, so we invited him to our church. I was immediately impressed with his command of the stage, high energy, polish, and his obvious heart for God and people, to minister to them.” Jackson also states, “Recording with Sam was like working with a seasoned pro, and that’s why his album turned out so great, not because I worked wonders. That’s impressive for a guy his age!” 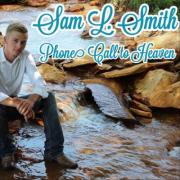