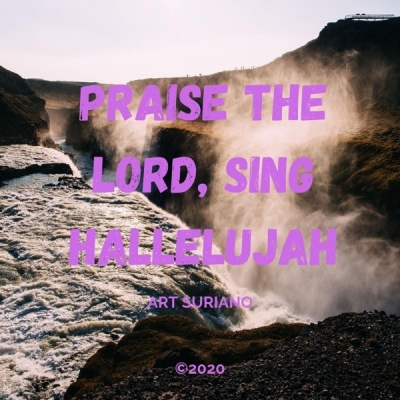 Get 'Praise the Lord, Sing Hallelujah'


Everyone has a story. This one has a happy ending. Ten years ago, Art was a successful business owner. But, like so many people, he had become a person without faith. How did this happen? In February of 2010, Art was diagnosed with cancer, and the experience disrupted his life. A complication after surgery left him paralyzed in both arms. For a musician, this proved frightening. For months, Art was unable to play guitar or piano and could barely perform essential functions like dressing himself.

Luckily, the damage was not permanent. Knowing he needed a venue to get back to playing music, Art decided to take a friend up on his offer and join his Christian band, playing mass on Sunday nights at a local church. During this time, Art soon realized what was missing in his life - no, not the music, but the connection with God.

There was something extraordinary taking place, and Art knew it was God reaching out to him. He continued playing with the group, first composing psalms and mass parts and eventually taking the group over when his friend accepted a new job in a different state. Art is a composer, a musician and an author. He is a graduate of NJCU with a degree in music theory and composition. At the age of 19, he began composing music for television and for commercials. It paid the bills but did not nourish his spirit. That would soon change.

Through the years, Art has been writing and recording Christian music, including Contemporary Christian songs, psalms, and mass settings. In 2013, he co-founded Circle of Faith, a 10-piece Christian band for which he wrote and produced all the songs on their album. In addition to the album, the band performed concerts at many churches.

From his awakening to faith, Art now has one goal with his music: to inspire and motivate people of all ages to connect with God, to build a relationship with Him, and, most importantly, to be thankful for all they have. If it were not for the mishap after his cancer surgery, Art might never have had the opportunity to find his faith. Art knows that mishap was God leading him--and for that he is quite thankful. Perhaps you will find your faith in his music. 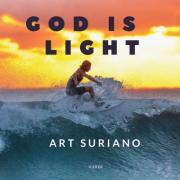 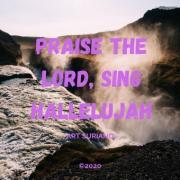