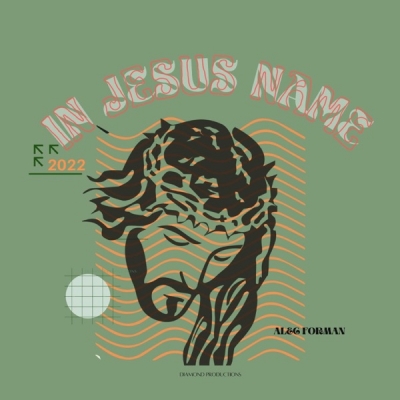 Get 'In Jesus Name'

Upcoming Worship Leader Alec Forman from South Carolina has released his latest single 'You are I Am'. Louder Than The Music chatted with him about what inspired that song and his forthcoming debut album, and his thoughts on making music.

I went to School at Southeastern University which has an incredible music pedigree especially recently. I was trained by some incredible people, and learned from some of the best leaders in our sphere of influence, mainly...
Read More Upcoming Worship Leader Alec Forman from South Carolina has released his latest single 'You are I Am'. Louder Than The Music chatted with him about what inspired that song and his forthcoming debut album, and his thoughts on making music.

I went to School at Southeastern University which has an incredible music pedigree especially recently. I was trained by some incredible people, and learned from some of the best leaders in our sphere of influence, mainly Dr. Rutland. I was involved in the Traveling tour teams, and learned to play guitar and started songwriting out in the big grass field where the football stadium currently sits (used to be a big soccer field which was great for night devotionals)

Tell us about your new single 'You Are I Am' and what the inspiration behind it was?

I struggled for so long to figure out not only who I was in Christ, but also how did I fit in his kingdom? Was I a youth pastor? worship leader? missionary... I was insecure, and doubted myself for a long time before realizing that my identity isn't in what I do for him, but that it was found literally "in Him". When my mindset shifted it changed everything for me, and this song is about that struggle and my walk with the Lord in learning that he isn't a side item, or just a Sunday checklist, but he is my savior, my peace, my healer. So I hope it encourages people who are struggling with their identity in him, I would encourage them to just be available and not come to him with preconceived ideas of what you want to be or do, but just let God love you, and he'll lead you to where you are supposed to be.

That track is taken from your forthcoming album, what more can you tell us about the album?

We are very excited about the album!! In Jesus Name came about in 2021 when my youngest son, Cash, after being born in June (of 2021), had a really scary battle with RSV, and double Pneumonia. He was struggling to breathe and every night we would stay up or take turns watching him sleep just to make sure he was okay. My wife, Ashley took him to the doctor one day, and they rushed him to the emergency room and then took him to Levine Children's Hospital in Columbia, SC because his lungs were filled with fluid. During one of those nights, it got very scary and we thought we would lose him. I remember being on my knees in our living room, crying "Lord, please don't let my son die, please heal him" over and over, and praying with everything I had. I started praying these exact words; "In Jesus Name, Every curse be broken, In Jesus Name let fear be overcome..." and I stopped and just started singing. That night is when "In Jesus Name'' was written. Soon after other songs started to flow from devotional times, or just organic worship times with the team and we decided to try to do an album. We saw God's faithfulness because we were able to raise over 22,000 dollars to complete the project and it was amazing to see all the people touched by Cash's story of Healing. Praise God.

That God is still Alive. He's still moving, he's still healing. He still wants us to operate in great faith, praying, leading others to Jesus, and worshiping him in Spirit and in Truth. I want them to be encouraged through these songs that no matter their circumstance, or situation God sees them, and if they will trust him, and trust his plan, it might not be what they expected, but it will be better because it's what He has planned.

We are definitely contemporary Christian with a mix of Rock n Roll. I LOVE Electric guitars, pure piano sounds, and a crazy drummer (shout out to my producer, Travis Motley). My biggest influences have been Chris Tomlin, Paul Baloche, Hillsong, Vertical Church, Bethel, and recently Brandon Lake, and Elevation Worship. All of them are incredible teams of songwriters, musicians, and people being used by God.

Because I got to share the stage and get to know him a little bit, I would say Brandon Lake. He loves the Lord genuinely and he's a family man and a fun Dad and husband which I really respect. I think we could write some pretty good stuff together.

I would define success as do I feel like I gave it all to work with what God gave me, and did it lead people to him. No matter the influence, no matter the reach It has to be about uplifting, encouraging, and leading people to Jesus.

Wow. Tough Question. I'd say Cornerstone Live by Hillsong. Just the season I was in, and going to their live cornerstone tour in Kansas City, was a big moment for me and turning point in my life.

haha, this is an amazing question... and I'm probably going to be called a sinner for this but I'm listening to John Mayer's live version of "Free Falling" by Tom Petty.

As a team, we have some scheduled dates for Nights of Worship, and if the album does well and we get more opportunities we will certainly take those! We are already working on 4 new songs, one I am really excited about, but I am committed to My Local Church, our team. It is an absolute honor to worship with them every week, and God has been doing some really cool things in families, couples and new people coming to our Church. So we'll just keep worshiping Him! 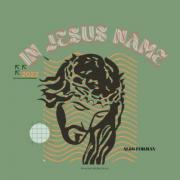 Alec Forman, an upcoming Worship Leader in South Carolina, has released his anticipated debut album 'In Jesus Name'. One of the standout songs from the album is 'Fix Our Eyes'. This song is a beautiful blend of modern and… 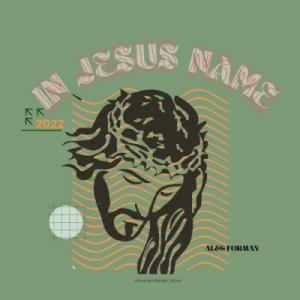 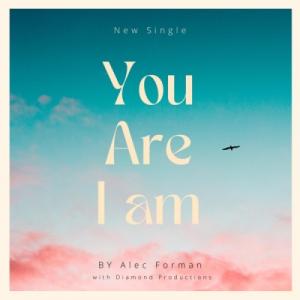