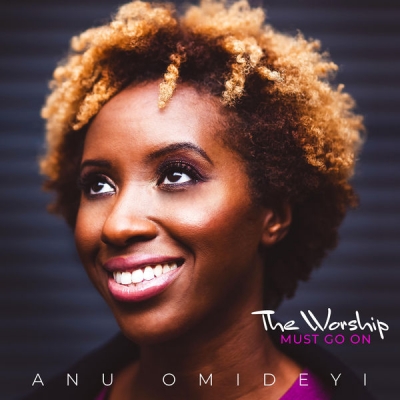 Get 'The Worship Must Go On'

Anu Omideyi, singer-songwriter and choir director of award-winning The Reapers Choir, has surprised supporters by releasing a video of the title track of her forthcoming debut EP, 'The Worship Must Go On'.


Anu decided to release the video ahead of the EP release as a way of both thanking her supporters and giving them an idea of the heart of the project. The track encapsulates the mood and intention of the EP by inspiring the listener to draw close to God and keep worshipping Him regardless of the circumstances, happy or sad.

"I’ve been really fortunate to preview this song in a few places in the UK and abroad and the response has been consistent and completely overwhelming. In 20 years of leading worship I’ve genuinely never heard such deeply personal testimonies of how God is using the song to encourage and strengthen people. It’s knocked me for six and so I wanted to share it with everyone sooner rather than later. My heart has always been and will always be to support and encourage people. I hope this song does that."

This track follows the release earlier this month of the lyric video to the upbeat anthem from the EP, 'Restore the Joy'. American gospel music legend Donald Lawrence described Restore the Joy as “a great song” with a “really good and timely message! Awesome work!”. The full EP is now available for pre-order online and will be released on all major digital platforms on 7 December. Hard copies will be available via Anu's website and can also be pre-ordered now. 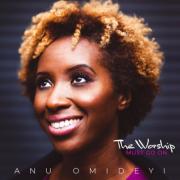